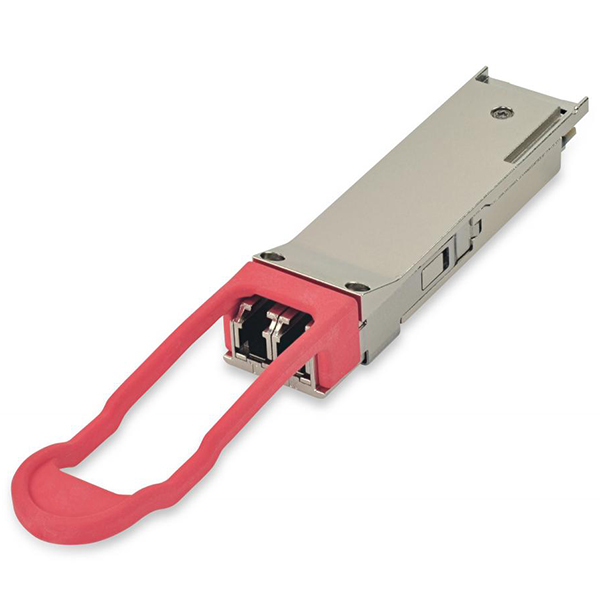 The 40Gb/s 40km QSFP+ Transceiver is a transceiver module designed for 40km optical communication applications. The design is compliant to 40GBASE-ER4 of the IEEE P802.3ba standard and QSFP Multi-Source Agreement (MSA).

The central wavelengths of the 4 CWDM channels are 1271nm, 1291nm, 1311nm and 1331nm as members of the CWDM wavelength grid defined in ITU-T G694.2. It contains a duplex LC connector for the optical interface and a 38-pin connector for the electrical interface. To minimize the optical dispersion in the long-haul system, single-mode fiber (SMF) has to be applied in this module.